Bryant was selected at the 13th overall pick by the Charlotte Hornets but following instructions from the Lakers because Hornets agreed to trade their pick to Lakers in exchange to Vlade Divac before the draft. After the draft the players pressed the trade but finally Kobe got his first victory […] 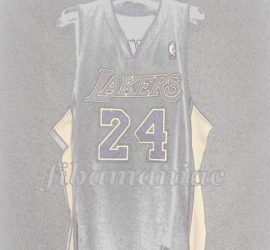 Hi again! I’m sorry for my few posts but I continue in beta version ;). Turn for the West and his classic team tonight. Los Angeles Lakers have 16 NBA championships and 31 West titles. Also the Lakers are the team where Pau Gasol won his 2 NBA titles and the team defeated by the Knicks in his 2 NBA championships :). When we talk about the Lakers everybody remember the “Show-time” era but the fact is that the Lakers have always been a champion team through the decades. Currently there are bad times in the Lakers leading the draft positions and being beaten by the “poor neighbor” in the last seasons. At least the jerseys don’t understand of results. In fact they increase his attractive so enjoy! 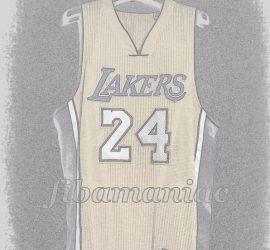 The country where the basketball was born. This history in addition of his demography have become to USA in the best team in the FIBA history (14 olympic gold medals in 17 appearances and also 5 World Cup championships) and with the best domestic league in the world. However the differences have been decreased 2 times. First when the college players were replaced by the professionals and we could see the best team in the sports history. After Sarunas Jasikevicius gave the first warning to the professionals missing a buzzer beater in the 2000 olympic Games. In the next tournaments the USA professional team lost the 2002 World Cup in home, the 2004 Olympic Games in Athens and the 2006 World Cup in Japan. In the last years the USA team has recovered the lost prestige. What does the future hold? 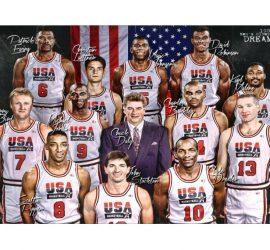